Baseline Surveys is a company with 25 years of experience in the supply of highly accurate geospatial data, such as cadastral, topographic and engineering surveys to commercial and government bodies. In January 2014 Baseline was awarded a contract to survey approximately 1 km2 of Ireland’s Dun Laoghaire town centre and harbour area for the purpose of providing a topographic survey for a detailed engineering redesign of the existing port.

The specific survey information required was a comprehensive topographical land side survey. The site is located in Dun Laoghaire and was in marine harbour and maritime recreational use with live road traffic and with vessel sailings for the duration of the survey.

A list of typical features in the specification to be surveyed included cover level and location of underground services, overhead services, all street furniture, kerb lines, fences, road markings, buildings with heights etc. all to be located within an accuracy of ± 25 mm.
The harbour area was occupied by individual stakeholders, clubs and statutory bodies. Entry to these sites, and their timing, was subject to individual consent outside the harbour company’s direct control. Although every effort would have been made by harbour staff to facilitate the survey in advance, the final consents were
a matter for liaison by the successful surveyor. Each required a minimum notice of two weeks to facilitate issue of any entry permits. This was an important aspect of the survey.
While the specification is typical of such projects, how we carried out the survey was quite atypical. As far as we are aware, we are the first in the world to use a remotely piloted aircraft system (RPAS) for this type of survey task.

Introduction
Had this survey been carried out conventionally it would have been labour intensive, hazardous and would have involved a lot of organisation in terms of organising access onto private property. It also would have required a traffic safety management system to be implemented which would have caused substantial disruption to traffic for the duration of the survey. A special track side permit would have had to be obtained from Irish Rail and special safety consideration would have had to be allowed for in order to ensure the safety of surveyors working at sea front locations. Typically a project such as this one would have taken
a ground survey crew three to four months to complete. Using RPAS on the project eliminated all this. The data capture took less than one hour for the entire site and the final survey was produced within ten days while achieving all the requirements as set out in the client’s survey specification.

Pre-flight planning
Attaining a permit for this work was
a challenge as normally RPAS are not allowed to fly over congested areas and must fly within a visual line of site of 500 m. Our unmanned aircraft required a take-off and landing area of 100 m x 100 m clear area, the nearest suitable take-off and landing area was a soccer pitch which was a maximum distance of 1200 m from our flight location, directly over a congested town centre.
We prepared a detailed operational risk assessment and mitigation matrix on hazard identification in the target and surrounding area, weather minima, an outline of our crew’s experience to date, and operational altitude and location information in the aerial works application.
The Irish Aviation Authority (IAA) was very helpful in assisting us in preparing the operational risk assessment and granted us the permit to execute the works.
A flight plan was generated with an 80% overlap and a 80% sidelap at an altitude of 120 m to provide an expected GSD of 2 cm. Flight direction was plotted at 90 degrees to the actual wind direction to maintain a constant ground speed.

Data acquisition system
The data acquisition system we used on this project was a C-Astral Bramor RPAS. We used the RTK GPS to establish ITM coordinates on our specifically designed ground markers to provide photo control. The GPS unit has a spatial accuracy in the region of 10 – 25 mm both horizontally and vertically.
The C-Astral Bramor Unmanned Aircraft is a blended wing constructed of Kevlar and carbon fibre and weighs 4 kg. It is catapult launched, has extremely steady flight characteristics and advanced safety features afforded by its Lockheed Martin autopilot including a parachute deployment system for emergency and routine landing procedures. It carries a Sony Nex-7 24MP RGB sensor, which is oriented in portrait which allows for more forward overlap at a slower triggering interval. Our ground control markers were carefully designed so the most exact centre of the marker could be determined with a very high degree of accuracy from the photography at the processing stage.

On site conditions
The prevailing weather conditions on the day of our flight were overcast with a wind speed, at our flying altitude of 120 m Above Ground Level (AGL), a maximum of 7 m/s.
The topography of the site had a  17 m variation in level and had buildings, church spires and tower cranes to 40 m in height which would all contribute to turbulence at our flying altitude.

Data processing
Firstly ten ground markers, which were surveyed by Network RTK GPS in Irenet95 coordinates, were downloaded into Geosite office 5.1 and exported to AutoCADlt 2014.
We downloaded 2800 photographs from the Bramor RPAS along with the flight log file. We imported the photos and the logfile into Agisoft photoscan and using the software we eliminated superfluous photographs by deleting photos with high roll values, which occurred at turns. The refined 2000 photographs were then used for the photo alignment stage. We then imported the ten control stations into photoscan and identified the centre of each control point marker on each photo and attached it with its appropriate coordinate value.
We then processed the data into a 3D model for subsequent orthophoto and Digital Surface and Bare Earth model output. The orthophoto was outputted at a resolution of 20 mm pixel size and the DEM was outputted at 50 mm pixel size.
The resulting geo-referenced orthophoto was imported into AutoCAD for the process of heads up digitising, which accurately defined the photographic features in CAD. The ground points were isolated in Agisoft photoscan and exported as a Bare Earth Surface into Global Mapper, where we generated 10 cm contour file and spot levels for export to CAD.

Results
The outputs were:

Ground truth
Once the survey was complete we returned to site to ground truth our final survey with 20 GPS check points on already defined features throughout the extent of the survey. The GPS z value was compared with our readymade height model value at the same point. The mean difference between the RPAS survey and RTK GPS ground truth survey results was 2 cm.

Discussion
We have shown in this white paper that engineering grade surveys are now possible using remotely piloted aircraft systems. This means that government agencies can look forward to spending less on better survey CAD information with less risk to life and less disruption to traffic.
In terms of representing the landscape, the orthophoto can be combined with the DEM to produce very accurate photorealistic 3D models in AutoDesk, ArcGIS and MapInfo products and can be analysed to yield highly accurate earthmoving volumetric calculations, view shed and flood analysis as well as offering a tool to aid geographical communication throughout the lifetime of any given engineering project.
To our knowledge, this is the first time in the world that data captured from a RPAS has been used for detailed design on a large scale engineering project.
We carried out the RPAS operation in a safe manner in accordance with our aerial works permit and operations manual. The flight was without any incident or occurrence and I would like to particularly thank the Irish Aviation Authority for their very helpful and progressive attitude. 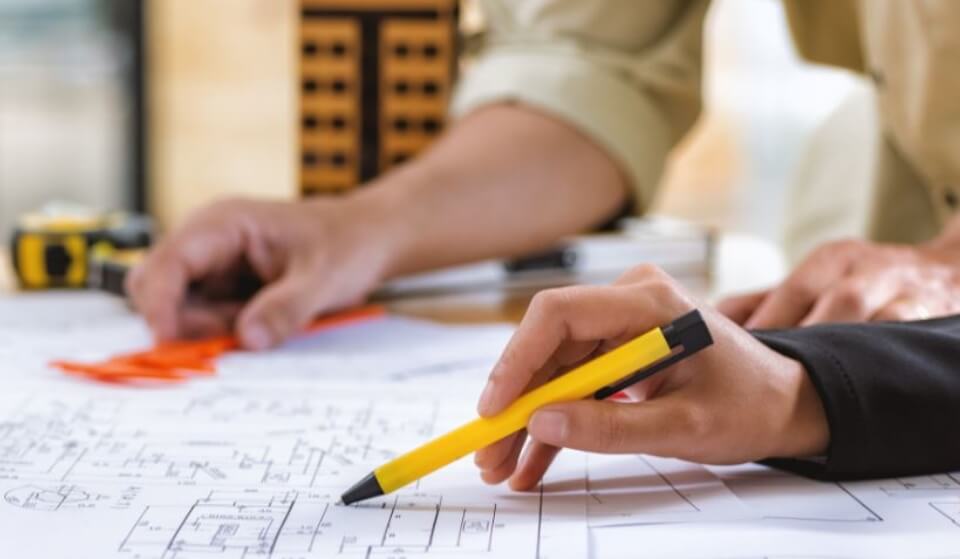